Some years ago I released a set of 1/48 decals for B-24H ‘Witchcraft’, a well known Lib assigned to the 467BG, 790BS that flew over 130 combat missions. The Collings Foundation has popularized the scheme even more by flying its B-24 in a remarkably accurate representation. The decals have been out-of-print for a while, but they’re now available again, updated and also in 1/72 scale. 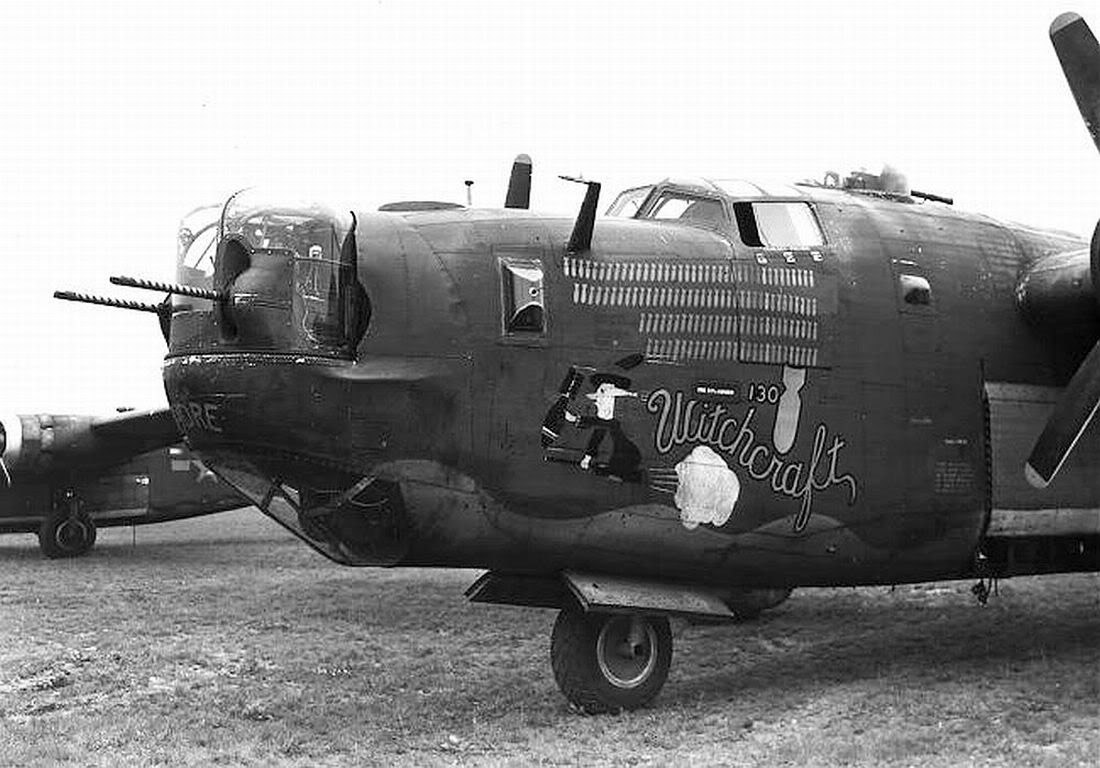 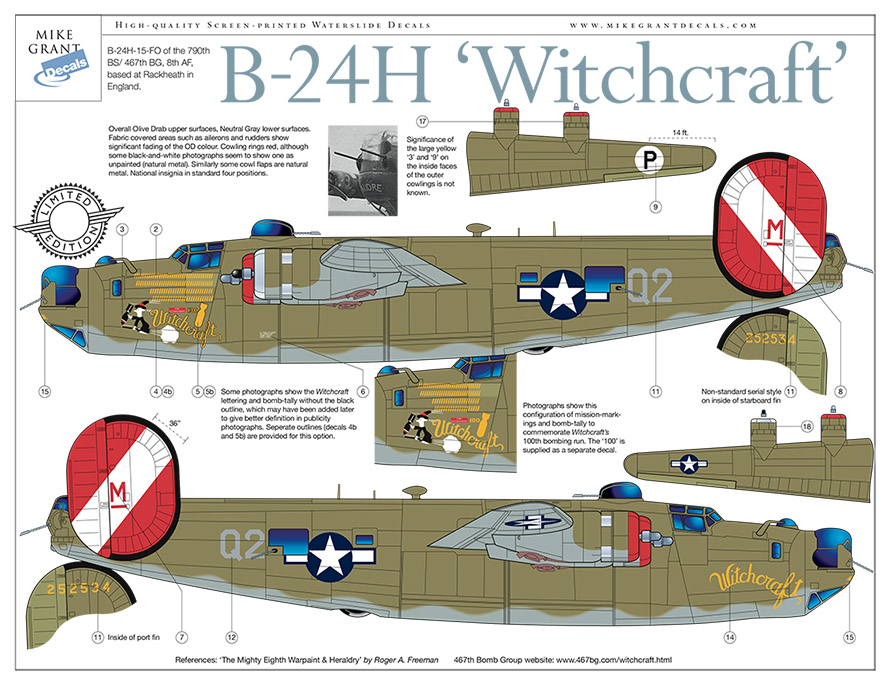 Also available again are the markings for another well known B-24, ‘Strawberry Bitch’ in 1/48 and 1/72